Speed point is used primarily in Indoor Leagues and is described below.

Substitutions will be allowed “On the Fly” 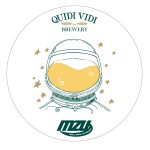